Manila, Philippines – The Philippine Commission on Human Rights’ National Inquiry on Climate Change brings legal precedence on the accountability of the world’s largest polluters for the climate crisis.

This report finds that there are legal grounds to hold climate-destroying fossil fuel companies liable for the climate crisis and calls for an end to further fossil fuel activities. 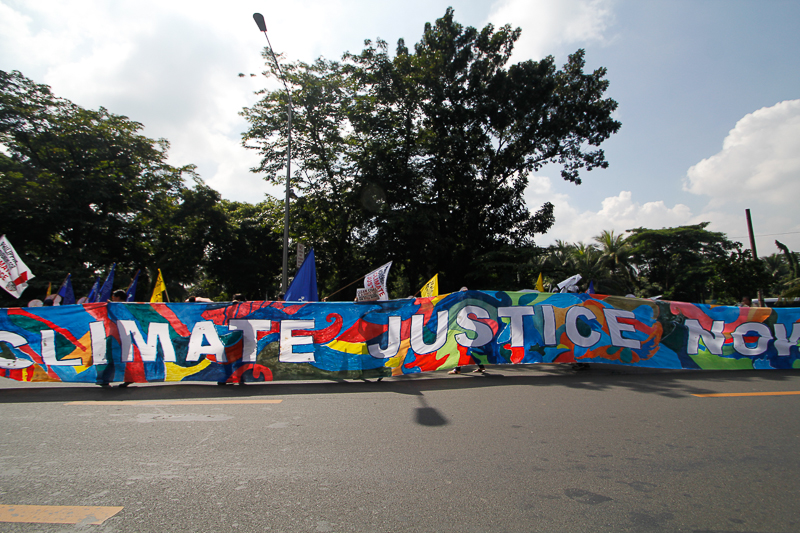 Typhoon survivors and climate justice activists in the Philippines delivered a complaint to the Commission on Human Rights of the Philippines calling for an investigation into the responsibility of fossil fuel companies for the accumulation of emissions that caused global warming. Photo: AC Dimatatac

Major findings of the report:

“The report findings confirm what activists, scientists, vulnerable and climate-impacted communities have been saying all along: the 90 entities that are responsible for more than half of the greenhouse gasses emitted for the past 150 years should be held accountable for all acts to obfuscate climate science and delay, derail, or obstruct this transition. It also emphasizes that coal, oil, and gas should be kept in the ground.

350 Pilipinas joins the broad climate justice movement in welcoming this development. But we also call for bolder and more ambitious action as we move towards the harder part of obtaining climate justice. We call for climate justice, for the sake of the many who live with the reality where too much or too little rain, means the difference between a life fulfilled and a life blighted by hunger.

This is the challenge that we present for the leadership that would emerge victorious in this coming national elections.”