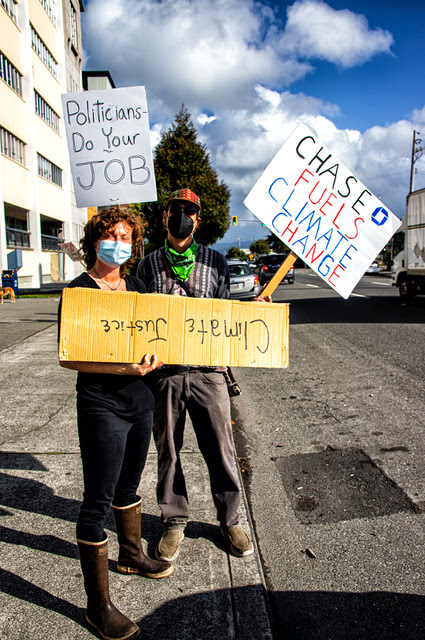 November 2021 News Flash! It’s no news that the recently concluded COP-26 climate summit was a disappointment for those who hoped it would be a game-changer against the climate crisis. (This analysis gives a few reasons why the outcome will do little to stop climate change, no matter what world leaders may say.)

However disappointed we may be, it’s obviously far too early to give up on the hopes and futures of those younger than we are. And as 350.org says of the Glasgow summit, true leadership on this issue comes from those of us trying to make a change, not from governments beholden to the fossil fuel industry.

October 2021 News Flash! At the state level, Democratic legislators hailed the passage of a climate-related funding package totaling $15 billion, though much of that money will support adapting to climate hazards, not reducing climate change. The Legislature didn’t pass bills that would reduce fossil fuel production in California, nor did it enact as law the current state policy requiring “net zero” climate emissions by 2045. (That policy was in an executive order by Gov. Jerry Brown and could be reversed by a future governor.) 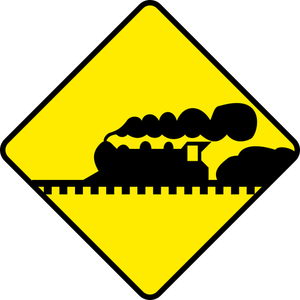 September 2021 News Flash! Locally we have the scheme to ship Rocky Mountain coal halfway across the continent, then down the Eel River canyon to fill Asia-bound ships in Humboldt Ba. Coal trains would roll down the crumbling route of the old Northwestern Pacific Railroad to supply power plants halfway around the world. The scheme came to light as plans were well underway to convert the abandoned rail bed to a hiking/biking trail. 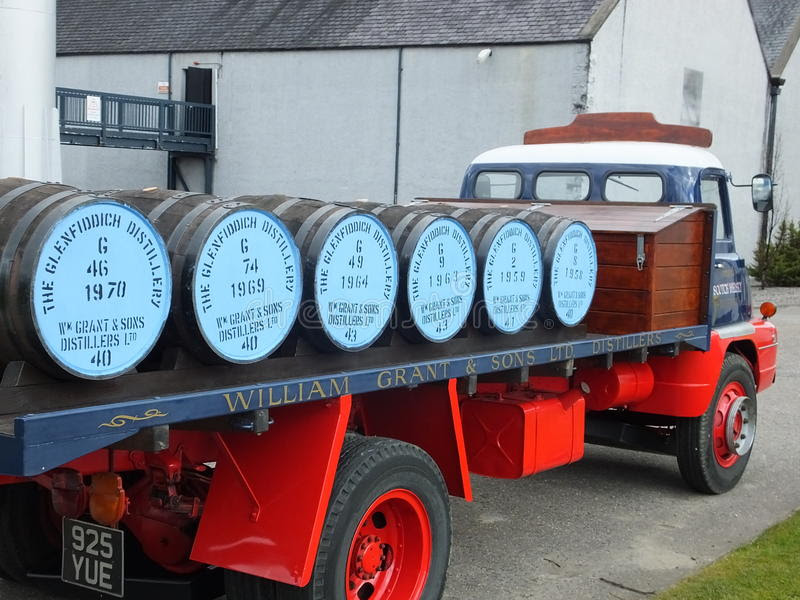 August 2021 News Flash! Developing local renewable electricity to cut fossil fuels is key to the strategy of Humboldt County’s budding Climate Action Plan (CAP), due to be released any day. County planner Connor McGuigan tells us that the CAP focuses on reducing local Greenhouse emissions from two major sources — cars and trucks, and housing and commercial buildings. Electrification plays a big role in cutting those emissions, so we’re eager to hear what Amin Younes has to say. 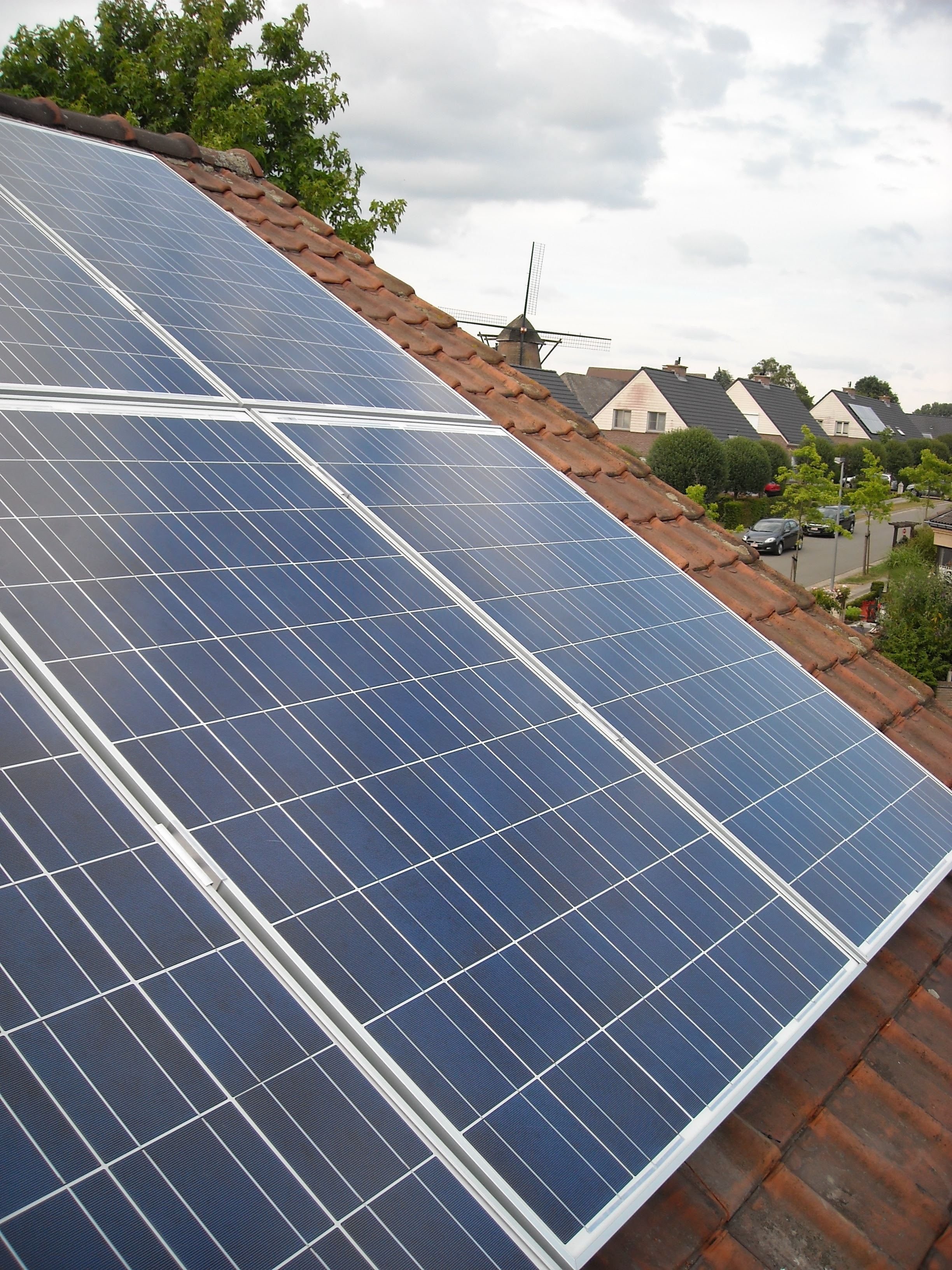 July 2021 News Flash! In any normal summer, heading inland for a break from coastal Humboldt’s summer fog would seem like a great idea.

But this is no normal summer. Thankfully, Humboldt missed the “heat dome” that baked the Pacific Northwest with record-breaking heat. But smoky skies and daily temps over 100 are early this year, only a few miles from the coast.

Weather like this reminds us that our chance to limit climate change will only last so long. There’s a disconnect between our shock, hearing of 400-plus people literally baking to death in British Columbia (of all places!), against the plodding work of changing laws and policies. (See this on the challenges democracy faces in tackling climate change.) 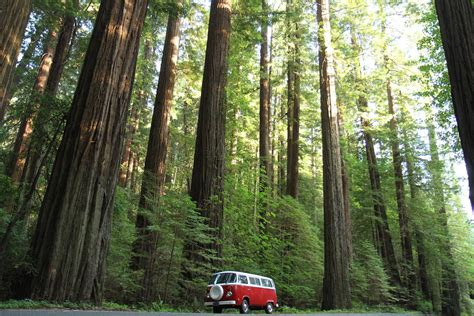 June 2021 News Flash! First, we want to thank those who wrote county planners asking for more environmental review of Nordic Aquafarms’ proposed salmon farm on the Samoa Peninsula. Your input certainly prompted the company’s wise decision to complete an Environmental Impact Report (EIR) on its project. We hope the EIR will go a long way toward answering questions like how the salmon farm will satisfy its massive electricity demand, equivalent to a city roughly the size of Arcata, and in identifying other impacts and (we hope) adequate mitigations. A top priority for 350 Humboldt is for the salmon farm to run entirely on renewable electricity, though energy is only one among other concerns. 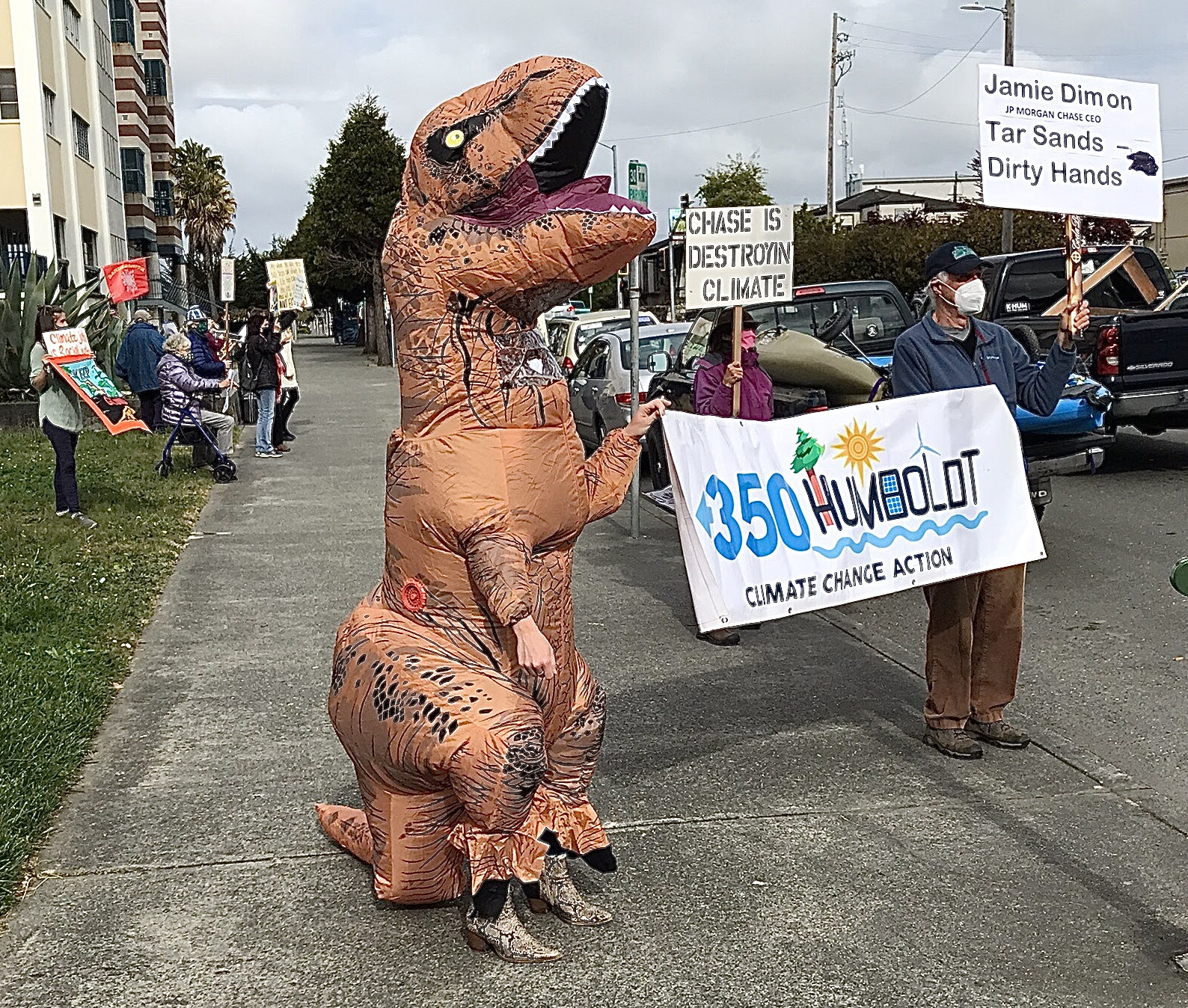 May 2021 News Flash! The spring weather also helped 350 Humboldt as we held our first in-person events in more than a year. On April 23 activists met at Chase Bank and the County Courthouse in Eureka to protest Chase’s role as the world’s largest corporate funder of fossil fuel projects. Two weeks later 350 Humboldt supporters rallied at Arcata’s Wells Fargo branch protesting that bank’s financial support of the Line 3 project, a large oil sands pipeline being built in Minnesota.

April 2021 News Flash! This coming week — the week of Earth Day — we’ve got some big climate events for you to join. Our first event comes up on Friday, April 23. At a safe social distance and masked, we’ll meet at 4:30 PM on the sidewalk in front of Chase Bank in Eureka (337 F St). Chase is the largest funder of climate change in the world, lending more than $51 billion dollars to fossil fuel projects in 2020 alone. Our rally will make the point to Chase customers and the public that banking with Chase is banking on disaster. March 2021 News Flash! Climate activism can sometimes seem like it’s all about writing letters. Writing letters is vital to what we do. But many of us hunger for something more direct, more expressive, to give voice to our concern for the climate. Here are some ways to put your voice to work for the climate right here in Humboldt. February 2021 News Flash! You’ve heard the saying “Think globally, act locally.” For months many of us wrote letters, sent texts and called prospective voters in Georgia and across the country. We thought and acted on a big scale, if not a global one, and we’re beginning to see progress. But we can’t neglect acting locally.

January 2021 News Flash! January was named after Janus, the ancient Roman god associated with beginnings. He was often depicted with two faces so he could look both ahead and behind in time. Last Wednesday was a day when it might have felt as if we were looking both ahead and behind in time, which began with the news that both Raphael Warnock and Jon Ossoff were victorious in Georgia. With the U.S. Senate going to Democratic hands, national climate legislation at last becomes possible. December 2020 News Flash! It’s a wonderful relief that in a little more than six weeks Donald Trump will be our ex-president. Joe Biden’s victory gives us a chance to reduce the peril we face from runaway climate change. That’s something to celebrate! But a presidency in which climate progress is possible will challenge us to actually make it happen. The first hurdle is the battle in Georgia for the Senate. November 2020 News Flash! It’s just two days before the most important election of our lives so far. We want to thank many 350 Humboldt members for their work in getting out the vote. And we hope you’ll join us on Wednesday, November 4 for a Car/Bike/Skate Caravan, followed by a “Protect the Results” Rally at the Humboldt County Courthouse.

October 2020 News Flash!  The stakes are high this November. Eminent climate scientist Michael Mann says a Trump victory would be “game over” for the climate. That’s why this News Flash begins with what we can do in the final weeks before the November 3 election. September 2020 News Flash!  Read some hopeful news about how Humboldt County planners on Vehicle Miles Traveled, and how Caltrans has earmarked $100 million away from road projects and toward safety improvements for pedestrians and bicyclists. We want to give you a flash of some local news happening right now on climate action — and invite you to join other climate activists in helping make the news. July 2020 News Flash!  You can’t be a climate activist and not be aware of the drum beat of challenging news about our rapidly changing climate (see this) and how it impacts people — particularly the poorest, youngest, and most vulnerable. But this News Flash will focus on some good news we’ve noticed lately, of which there’s been quite a bit. June 2020 News Flash!  This News Flash comes as America faces protests in response to a murderous racism directed at African-American and other non-white people. The video of a police officer with his knee on a dying man’s neck betrayed the lack of conscience among many of those who hold power over people of color. May 2020 News Flash!   At our next Zoom meeting we’ll discuss our involvement in getting out climate voters in November, and the campaign to stop the Jordan Cove gas pipeline in southern Oregon. Another topic is the Just Recovery campaign. You might think of this as the Green New Deal, updated to Covid-19. A huge financial boost is needed nationally to support the unemployed as well as essential workers. We need to ensure that boost is both socially and climate friendly. 350 Humboldt has signed onto this campaign (see the Just Recovery website, here). Earth Day 2020 News Flash!   With Earth Day coming up a week from today, we want to keep you up to date on climate change news and opportunities for your activism, even as we shelter in place. First, about this coming Earth Day. It’s a big deal — fifty years since environmentalists pushed protecting the environment under President Nixon’s nose. News Flash for Social Distancing Times! We hope you’re staying healthy and adapting to the strange reality of social distancing. Since we can’t meet, we’re trying to keep in touch with this News Flash. Coronavirus news can get old, so here are a few things you might find different and worthwhile. Believe it or not, good things still happen in a pandemic: Satellite images show sharp declines in nitrous oxides which generally rise and fall with carbon emissions. March 2020 News Flash!  350 Humboldt’s March 19 General Meeting is cancelled to reduce the risk of spreading coronavirus. We thank Donna Luckey for offering to talk about Project Drawdown at the meeting and hope we can reschedule her for a future General Meeting. One is our participation in the national campaign to stem the tide of investment in fossil fuels by the wealthy. The other is the effort to bring climate-friendly buildings to Arcata — a city that’s already declared a climate emergency but appears stalled in responding to it.

January 2020 News Flash!  The denial of Terra-Gen’s proposed wind project means we won’t have a large renewable energy project in Humboldt for five or more years. But that doesn’t mean we can’t find other ways to reduce our county’s carbon footprint. What those ways might be, and how 350 Humboldt can help push them forward, will be the focus of our General Meeting this Thursday, January 16, 6 PM at El Chipotle restaurant, 850 Crescent Way in Arcata.

November 2019 News Flash! With many dark households driven to buy diesel generators during the recent power shutoffs, a low-carbon “Island Humboldt” seems an obvious winner. At this month’s general meeting we’ll hear about the campaign to steer Arcata away from natural gas in new buildings.

October 2019 News Flash!  Come to our 350 general meeting this Thursday, October 17, 6 PM at El Chipotle restaurant, 850 Crescent Way in Sunnybrae, to hear about biomass in Humboldt, and have an opportunity to register our opinion with Gov. Gavin Newsom on steps the state should take to reach its climate goals.

August 2019 News Flash! To get a preview of the local biomass controversy, we invite you to look at two papers written by local 350 volunteers.

July 2019 News Flash! The Redwood Coast Energy Authority gave a big boost for local renewable energy when it voted on June 27 to seek a power contract with Terra-Gen, as well as with two other renewable electricity producers in Fresno and Shasta counties. June 2019 News Flash! You can lend your voice on Humboldt County’s plan to reduce climate change by joining a meeting on the Climate Action Plan, led by Civic Spark Climate Fellow Connor McGuigan.

May 2019 News Flash! Terra-Gen’s proposed wind farm would be the largest renewable energy development in Humboldt. It could displace the CO2 produced by 80,000 cars! But like any development, it’s sure to cause some harm to the environment.

April 2019 News Flash! We’ve worked for many months to convince the Redwood Coast Energy Authority to go to all-renewable electricity by 2025 — and on March 28 the RCEA board supported that goal in a unanimous vote!