350 Chicago was formed to bring Chicagoland into the global climate movement of 350.org. Our chapter enables Chicagoans to transform despair about climate change into hope through tangible actions that make a positive impact on climate and the planet.

Having been with 350 Chicago from nearly the beginning, Larry has a long history of grassroots activism, starting with advocating against American involvement in the Central American wars of the mid 80’s.  During the 90’s, he was an at large member of the successful coalition of environmental organizations in the Westside Alliance for a Safe and Toxic-Free Environment(WASTE). The coalition advocated for and won the battle to have the polluting Chicago and Kilbourn Garbage Incinerator shut down.

Joining founder Melissa shortly after 350 Chicago’s formation, Larry assisted in launching and building the organization. After hearing an interview with a climate scientist, Larry decided to enlist in the fight against the fossil fuel industries destruction of the planet’s habitat, hoping to lessen the devastation for his son, his son’s generation, and future generations.

Holding a degree in Audio Engineering and a Masters in Writing from Columbia College, Larry spent 15 years in the music business and the last twenty-three in the Brewing Industry, teaching home-brewing, writing content for websites and working in marketing and promotions.

Larry serves as our board president. “Rich Foss is a college professor of English Studies at Lewis University where he teaches themed writing courses on climate change.  He has his doctorate form Western Michigan University and has been a climate activist for the past 15 years.  He has a wife, Stacey and three teenaged kids, all of whom inspire him to do more to save our biosphere everyday.”

Rich serves as our board vice-president. 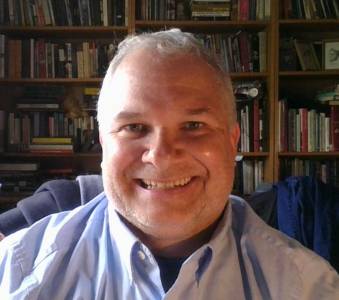 Sabrina is a native Oklahoman but spent much time in Chicago visiting family before officially moving to the city in 2015. During her time in Chicago, she became passionate about the Great Lakes ecosystem and systemic inequality. The intersection of these issues has caused her to devote her career to finding ways to empower all people and the planet. As a former high school biology teacher, and now as an impact investor – she has experience in over twenty countries working to achieve this goal.

Aside from sitting on the 350 Chicago Board, Sabrina has volunteered with Friends of the Chicago River and the Chicago Park Services. She earned an MBA from the University of Oxford and a BS in Physiology from Oklahoma State University. In her free time, she enjoys kayaking, backpacking, yoga, and playing volleyball.

Sabrina serves as our board secretary. Elise has lived in the Chicago area most of her life. 15 years ago, she became passionate about food, health and environmentalism and their impact on each other.  While working in digital, it was  clear digital would play a huge role in addressing these challenges.

Elise  has a background in digital product management working for and consulting with companies to assist them in designing digital products and e-commerce systems.   She uses her passion for food and environmentalism coupled with her expertise in the digital world to blog about issues and create online classes for individuals to address sustainability issues in their home and lifestyles.  Elise has a BS in finance from the University of Illinois and an MBA from the University of Chicago.  In her free time, Elise enjoys cooking, yoga, flower photography, blogging about pastries and learning about new subjects.

Elise serves as our board Treasurer. 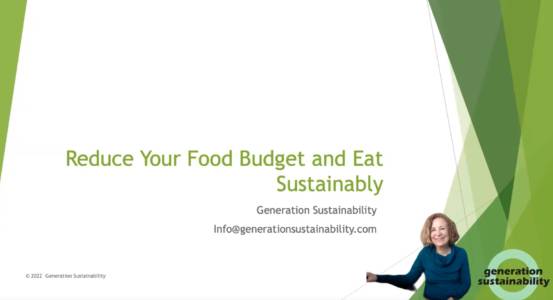 Melissa founded the local 350 chapter in May 2013 after attending the largest climate protest in the US to-date in February 2013, calling on President Obama to reject the Keystone XL pipeline. Melissa wanted to turn her despair and anger about climate change into action and hope, and loved the climate-change-focused mission of 350.org.

Melissa grew up in the NW suburbs of Chicago, earned a B.S. in Chemistry and an M.S. in Natural Resources and Environmental Science from the University of Illinois Urbana-Champaign.  She attended Al Gore’s Climate Reality Project training in August of 2014 and successfully lobbied her church conference to open a fossil-free fund for their pensions. Christine is a retired academic with graduate degrees in English/Rhetoric and Writing. Currently she is an independent researcher and writer. She has a long-lasting interest in the environment and completed a Masters in Urban Sustainability at Antioch University, Los Angeles in 2014. She taught sustainability and environmental studies courses as well as rhetoric and technical writing at DePaul University for over two decades and was a founding member of DePaul’s Institute for Nature and Culture, as well as a founding and contributing editor of its academic blog
Environmental Critique.

Christine discovered 350.org when she convened the 2016 Chicago Climate Festival to draw attention to the COP 22 meeting. She started volunteering with 350 Chicago in early 2016 and has contributed to the major campaigns in various ways. In addition to conducting research and writing for the blog, she has helped coordinate various educational events for membership and the general public. Currently she serves on the
Divestment Coalition and Communications Team.

In her spare time Christine writes literary essays focusing on ecology, radical interdependence, and the wide-reaching problem of anthropocentrism. In her spare time she enjoys skiing, hiking, and outsider adventure vacations with her husband Keith. Hannah moved to Chicago two years ago and got involved with the local chapter of 350 in 2019. Since then, she has joined the newsletter team and is doing research on sustainable consumption for the Research Committee.

Hannah works as an editor. In her free time she enjoys writing, hiking, listening to opera, and learning foreign languages. Jean began her lifelong love affair with Nature at an early age on woodland walks with her family near her hometown outside of Chicago. That love, coupled with a passion for social justice, led her to be involved in numerous environmental justice campaigns going back to the late 1970s when she worked on the Black Hills Alliance’s successful campaign to stop toxic uranium mining on sacred First Nations lands. Many years later, she was drawn to 350 Chicago by its similar commitment to environmental, racial and social justice coupled with the opportunity to be active locally in its campaign to divest the City of Chicago from Earth-choking fossil fuels. Kaitlin is a lawyer who has dedicated her career to human rights and sustainable development. Most recently, she created 31 Days of Climate Action, an initiative that supports people in taking simple and effective climate actions. Prior to that, she spent 8 years leading the Columbia Center on Sustainable Investment’s work on investments in land, agriculture, food systems, and human rights; while there, she increasingly focused on climate change issues from a legal and policy perspective.

Kaitlin grew up in Illinois, and is proud to be working with 350 Chicago to push for climate solutions in the city and state. She has a BA from Northwestern and a JD from Columbia Law School. A lifelong Chicagoan, Babette is passionate about social justice and protecting Planet Earth.  She served nearly eight years as an Associate Regional Council for the U.S. EPA Region V office handling enforcement cases involving water pollution, hazardous waste, radioactive contamination, and Superfund sites.  She subsequently taught graduate students at the University of Illinois-Chicago School of Public Health, where she also served as the associate dean for academic affairs.  After 25+ years at the School of Public Health, she is now happily retired.

Babette devotes her time to climate activism working with 350 Chicago to stop the forces that are destroying our planet.  She’s a member of the Divestment Committee and the Communications Committee.   She also volunteers as a literacy tutor working with second graders to improve their reading skills.  Most recently she worked at a Chicago public school  in West Garfield Park.  (Important fact: Those living in poverty and reading below grade level by the end of third grade are significantly more likely to drop out of high school than their peers who are proficient readers or those who are more affluent.)

In her spare time, Babette is a determined gardener;  an avid sculler, rowing doubles on the north branch of the Chicago River; and is humbly trying to learn the art of wood-working.  Most of all she loves hanging with her eight year old Chesador named Calvin. Cathi is a former public school teacher with a heart for diversity, multiculturalism, and inclusion. Moved by the urgency of the climate crisis, she first investigated early retirement, then quit her job to help make sure her students would inherit a livable world. After interning briefly with Alliance for the Great Lakes, she returned to school to add formal marketing and environmental science courses to her experience in arts management, publishing, writing, editing, PR, grants, and management of concerts, volunteers, and various kinds of databases. In 350 Chicago she has helped with various projects since 2015.

She has also worked with Chicago Treekeepers, Sierra Club, Union of Concerned Scientists, Go Green Skokie, and Evanston Interreligious Sustainability Circle. She is a Creation Care Ambassador for the ELCA. Cathi participates in her church’s green team, outreach committee, and bell choir. She supervises at Evanston’s emergency overnight homeless shelter and occasionally works up a piano piece for public presentation. Cathi is a regular participant in the iftar dinners at The Bean and a member of Daughters of Abraham, a group celebrating interreligious and cross-cultural friendship. She maintains two rain gardens and a burgeoning food garden registered with Green America’s Climate Victory Garden program. She tends a certified Monarch Waystation and just registered her yard as a Certified Wildlife Habitat.

In her free time, she enjoys experimental vegan and fusion cuisine, puzzles, walking, and yoga. Abigail joined 350 Chicago in 2021 after hearing a depressing climate story and googling “climate groups Chicago”. She was especially drawn to 350 due to their clear goals and desire for volunteers over donations. She was previously involved with Climate Action St Andrews in St Andrews Scotland where she attended college. With that group she helped organize many events including the largest protest in the history of St Andrews. Abigail serves on the communications committee and produces many of 350 Chicago’s social media posts.

Abigail has a masters in political psychology and tries to use that knowledge in her activism. She is currently a research assistant at Mindworks as well as an Instructor at the University of Chicago’s Collegiate Scholars program. Abigail grew up in the Boston area before attending college in Scotland, and doing a masters in England. She moved back to the US when she moved to Hyde Park, Chicago in 2021. She likes nature but considers herself an anthropocentric environmentalist (that’s an environmentalist who mostly cares about humans). Abigail is a big fan infrastructure that efficiently serves communities and minimizes their environmental impact and of collective approaches to environmental issues.