As we approach the close of this legislative session in Sacramento, we want to appreciate the help from Sierra Club CA in tracking and lobbying for climate bills. This is a shout out to Brandon Dawson who has been leading the Sierra Club California’s  400,000 members (and volunteer climate advocates) 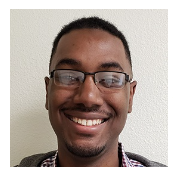 . Brandon’s Sunday letters to members give the scoop on efforts of many to get climate bills passed.

Brandon’s letter this week is a window on what may finally be some progress by the legislature this year. We appreciate what Brandon is encouraging his readers to do. Also consider joining the Sierra Club to keep getting reports about making a difference contacting your legislators for better state action on climate.

We’re also wowed by the growing capacity of 350 chapter volunteers all over the state tracking many bills. I pasted 350 Southland Legislative Alliance and 350 Silicon Valley’s priority bill lists below. You might see bills besides Sierra Club’s top two to contact your legislator about. August is always a busy month for politics in Sacramento, and this month is no different.

The month started with Governor Newsom sharing his climate proposals with the legislature, which included a number of laudable policies that will protect communities and our environment. Some of the proposals included strengthening our 2030 emission reduction target, codifying 3,200-foot setbacks from oil and gas drilling, and clarifying renewable energy targets.

In response, a coalition of environment and environmental justice organizations, including Sierra Club California, shared our own legislative climate priorities that built on the Governor’s proposal and offered our own perspective to ensure we meet this critical moment of climate change while prioritizing communities most harmed by the crisis.

With these priorities set, Sierra Club and our allies were ready to descend on the legislature, united in our demand for climate action. However, Newsom then added an “unrelated” priority to his initial list: an extension of the operation of the Diablo Canyon Nuclear Power Plant.

In April of this year, Newsom floated the idea of extending Diablo Canyon, an idea that Sierra Club California immediately called a “blunder.” Back in 2016, Pacific Gas and Electric (PG&E), labor groups, and environmental organizations reached a settlement to shut down Diablo Canyon by 2025. This agreement came after decades of activism by Sierra Club members and our allies.

Though Newsom originally proposed this idea in April, he decided to wait until three weeks before the end of the legislative session to present a proposal.

Needless to say, we’re deeply concerned with what this proposal entails.

To pull off this last ditch effort, Newsom would like to allow Diablo to keep operating for 10 years, waive environmental review, limit regulatory oversight, authorize the continued use of ecologically irresponsible once-through-cooling technologies, and give PG&E $1.4 billion in public funding.

The proposal does not explain why continued operation of Diablo is necessary, nor does it attempt to explain the undoubted impacts that it will have on California ratepayers.

So, while celebrating the Air Resources Board’s decision to achieve 100% zero emission vehicle sales by 2035 and working to advance legislation and a state budget that will protect communities from toxic pollution and stave off the worst impacts of the climate crisis, Sierra Club California and our allies find ourselves working overtime to kill an ill-advised plan to extend an antiquated nuclear power plant that sits on multiple fault lines.

Just another August in Sacramento.

You can help us in these efforts by taking two concrete actions:

First, call your state legislators, both your assembly member and senator, and tell them to vote YES on Senate Bill 1137 and Assembly Bill 2133.

AB 2133 will help cut pollution in the short term and slow the climate crisis by increasing the state’s greenhouse gas reduction target from 40% below 1990 levels in 2030 to 55%.

Second, on the same call, tell your legislator to vote NO on the Governor’s proposal to extend operations of Diablo Canyon. This proposal is rash, unnecessary, unvetted, and will slow down California’s efforts to meet our renewable energy goals. You can find who your senator and assembly member is and contact info here.

Making a single call can be all the difference in ensuring that your legislator prioritizes local communities and the environment in this busy, Sacramento August.

Thanks in advance for all you do.

Thank you for being a part of our work! JOIN and DONATE

Here is the 350 Southland chapter’s call to action: One email or call each! Your Senator and Assembly members’ offices want to know that their constituents want climate action.

Here are our four top priority bills: [note two are the same as Sierra Club’s]

You can let your Assembly Member know you also like these bills:

● SB 1482 (Allen), Support as amended (minor changes on the Assembly floor). Inclusion of EV charger requirements in building standards for multi-family residential buildings.
● SB 1010 (Skinner), Support, regretfully, as amended on the Assembly floor—apparently at the behest of the Governor, who felt the Division of General Services wouldn’t be able to comply with the bill as it left the Senate. Amendments aren’t in print yet, but when they are this link will go to them. Pre- amendments, the bill would have required both light-duty vehicles (passenger cars and small trucks), and medium- and heavy-duty trucks purchased by the state to be 50 percent zero-emission by 2024, and 100 percent by 2026.
CALL GOV TO DO BETTER GREENING THE STATE FLEET!

You can let your Senator know you like these bills:

● AB 2133 (Quirk), Support, another last-minute gut-and-amend upping the 2030 target for greenhouse gas emissions reductions from 40 percent to 55 percent, per the Governor’s second pillar. Must pass Senate Appropriations, a Senate floor vote, and concurrence in the Assembly. [see above , top Sierra Club priority]

● AB 1395 (Muratsuchi), Support—as it has been rumored to be amended to reflect the Governor’s accelerated emissions reduction targets, in his first pillar.
● AB 1857 (C. Garcia), Support. Amended on the Senate floor 8/23, but not wrecked. Removes trash incineration from the definition of waste diversion, which is required by law for all municipalities. Institutes a grant program to support communities transitioning to zero waste. Trash incineration is extremely carbon-intensive, and this is an environmental justice bill.
● AB 30 (Kalra), Support as amended on the Senate floor. Equitable access to nature. An environmental justice bill that also supports natural carbon sequestration. PASSED THE SENATE UNANIMOUSLY, RETURNS TO ASSEMBLY FOR CONCURRENCE.
● SB 887 (Becker and Stern), Support. Requires planning for electrical transmission into underserved or hard to reach areas, focusing on renewable energy sources. An environmental justice bill. PASSED ASSEMBLY, RETURNS TO SENATE FOR CONCURRENCE ON ASSEMBLY AMENDMENTS.
● SB 379 (Wiener), Support as amended in Appropriations. Requires simplified local permitting for rooftop solar. PASSED, CALL GOV TO SIGN.

AB1757 PROVIDES FOR GOALS TO BIOLOGICALLY DRAWDOWN CO2 , BUT WE AREN’T SUPPORTING IT. HERE’S WHY.

● AB 1757 (C. Garcia and R. Rivas), Being amended to cover the Governor’s carbon sequestration pillar no. 5, which would ban use of captured carbon for “enhanced oil recovery” (EOR) from depleted wells. It will LIKELY pass. Legislators want to help Governor Newsom’s Five Pillars which this bill does.
350 Ventura County Climate Hub wholeheartedly supports most of the contents of the bill, but we are not endorsing it.
We have been asking that it be amended to exclude biogas and not continue an easy loophole allowing SoCalGas to justify a compressor station that might be used to mix CA biogas with Midwest fracked gas.
We want biogas excluded from the category of “renewable energy” . We are sick and tired of struggling to get building electrification ordinances because of fear-mongering and misinformation from SoCalGas saying to public officials that we need gas connections in new buildings for biogas in the future. The authors refused to exclude biogas. It is sometimes produced by indiscriminate and unnecessary forest logging and burning woody biomass, or biodigestion of manure at huge stinky polluting dairy and cattle feedlots, etc. The false notion is that if the trees in a clear cutting operation are replanted, the biogas produced is “green” when in reality clear cutting destroys the original carbon-holding capacity of that land. Likewise the state  pays farmers to spread the manure residue from biodigestion and call that a Healthy Soils practice even the state investment in the biodigesters is a nice subsidy for feedlots. Moreover the farmer that gets paid to spread the manure is often also using  polluting artificial nitrogen fertilizer and fumigating the soil so that the microbes that would sequester carbon can’t live.
Therefore, 350 VC Climate Hub and Sierra Club do not support  AB 1757. It has merit; we are not actively opposing. Most environmental and climate organizations are going along, but we think a stronger law is needed and no law is better than this. We want to keep demanding a law that excludes biogas from helping meet climate goals. You can let your legislators know for their consideration in the next session. say you are a member of the 350 Ventura County Climate Hub,

you amplify our voice to our representatives. Together we build political will.

Time is running out.

Lawmakers have to stop compromising with fossil fuel companies.

Thank you for growing our political power by contacting legislators.