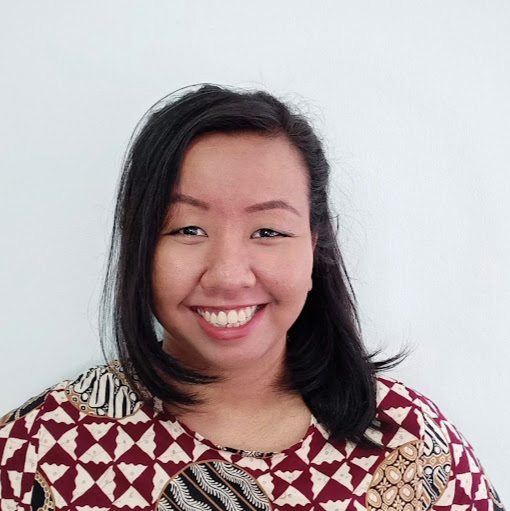 Moving forward: Where do we go from here?

NOR LASTRINA HAMID started off her green journey as a volunteer at ECO Singapore for the 2011 World Leadership Conference organised by ECO Singapore. From being the conference’s Head for Volunteer and Manpower Management, she later moved on as ECO’s intern managing the community outreach portfolio. In 2012, Lastrina interned with Green Future Solutions for its green product review and rating guide Greenstore.sg.

In the last two years, Lastrina has been involved with 350 Singapore as its Team Manager, leading the organising of documentary screenings and youth dialogues. She was a participant at 350.org’s East Asia Climate Leadership Workshop 2012 in Bogor, Indonesia, and its Global Power Shift 2013 conference in Istanbul, Turkey. At the same time, she also volunteers with a 21st century village in the modern city, Ground-Up Initiative, as well as freelancing as a facilitator with its education arm, WOW Kampung.

Lastrina recently graduated from school and  joined Bamboobee, a bamboo bicycle startup in Singapore. She hopes this Singapore Power Shift will kickstart a new wave of youth climate activism in Singapore. Interactive Workshop: What does Climate Change mean for Us?

BHAVANI PRAKASH is a leading expert in the field of sustainability who left a career in finance to devote her professional life to this cause.  She is Founder of Green Collar Asia, an industry oriented sustainability portal as well as the non-profit website Eco Walk the Talk which was a finalist in the Singapore Environment Council’s Asia Journalism Awards in 2012.

Bhavani is a well-known speaker,  facilitator, and executive coach based on various methodologies including Emotional Intelligence, mindfulness, positive psychology and the strengths based approach. She advocates ‘conscious leadership’ for creating a sustainable future for oneself, the organisation, the community and the planet. She holds a Masters in Financial Economics from University of London and an MBA from Indian Institute of Management Calcutta, India.   Bhavani is a TEDx  speaker and appears regularly on media including Radio 938Live, Business Times, Straits Times, New Paper and has been recently been nominated as SONY TV IWA Woman of the Year 2014.

Bhavani is personally passionate about urban organic farming, and does her own composting for her rooftop garden. She runs the facebook page, ‘Grow Your Own Food in Singapore’ to help raise awareness about urban food growing in the city-state. 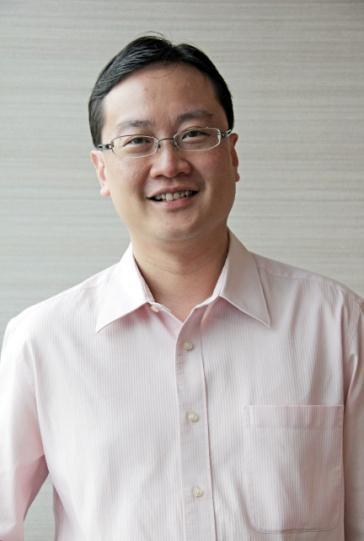 Mr YUEN SAI KUAN is the Director, 3P Network Division of the National Climate Change Secretariat (NCCS) in the Prime Minister’s Office.  He oversees NCCS’ outreach and engagement initiatives with the People, Private and Public (3P) sectors on climate change.

Mr Yuen was one of the recipients of the inaugural batch of Public Utilities Board (PUB) undergraduate scholarships in 1991.  He joined PUB in 1996 and worked on initiatives such as the NEWater demonstration project and restructuring of the Singapore energy market.  Mr Yuen was seconded to the Ministry of the Environment and Water Resources from June 2004 to June 2011 where he held appointments in water policy, industry development and corporate development.

Part 1: Discussion- What can we do to tackle Climate Change
Part 2: Presentation-  Examples of Youth Climate movement from around the world

ADRIAN YEO is a community organizer and an advocate to strengthening of civil society. He has been active in engaging local environment, energy and resource campaigns. In his free time Adrian tends his vegetable patch, enjoys the tropical outdoors and travelling. In 2009 Adrian worked for YOUNGO as the Youth Logistics Coordinator at UNFCCC’s COP15 in Copenhagen, and actively participated at various UNFCCC & UNCSD (Rio+20) meetings and conferences.

Adrian is a past president of Raleigh International Kuala Lumpur, an official presenter of Al Gore’s The Climate Reality Project (TCRP), in which he underwent in-depth training under Mr. Gore on the issue of climate crisis, a participant of 350.org‘s Global Power Shift, in Istanbul, to catalyze powerful national movements calling for bold climate action and a committee member of RakanKL’s, a volunteer group promoting the love of Kuala Lumpur’s history & heritage. He recently spoke on TEDxMerdekaSquare promoting civil society movement building.

First ever Power Shift Malaysia was held in 2013 and his team is already planning for 2014’s version. His last appointment was in the Selangor State Government’s Environment EXCO Office. Part 3: Discussion: How can we build a Youth Climate Movement in Singapore
November Tan,
The Leafmonkey Workshop

NOVEMBER is an Environmental Geographer by training, an urban planner by profession and a nature guide by volition. She is also the founder and coordinator of The Leafmonkey Workshop, a volunteer group that organizes workshops for nature volunteers to empower them through learning, sharing, doing and acting for nature.

She has a Master in Social Sciences from the Department of Geography at the National University of Singapore, researching on the environmental impact of Singapore’s vegetable consumption on Cameron Highlands in Malaysia. Her other interests revolve around developing social capital, project and volunteer management in nature and heritage conservation, urban green spaces, sustainable agriculture and consumption, and liveable cities.

In her free time, she is an environmental and heritage blogger at Midnight Monkey Monitor, which was listed as Blogger’s Blog of Note in 2007.

I want to make a unique difference to this world. Seeing the haze return year after year made me wonder “what can an ordinary person like myself do to stop the haze?” This question led me to a 5 week journey in 2013 through Malaysia and Indonesia, visiting peat swamps and burnt sites, interviewing farmers and NGOs. What I learnt led me to the conclusion that the answer lay in finding out what everyone in Singapore can do to help stop the haze. The scale of the problem is so huge that we need everyone in Singapore on board. And therefore, with 4 other like-minded friends, we foundered the People’s Movement to Stop Haze, or PM.Haze in short. This year, we aim to learn more about the story behind the haze, start a conversation with the people in Singapore and invite everyone to brainstorm possible solutions. We also hope to build up our core team, so if you share our vision and commitment, we invite you to join our team! JAMES has been passionate about the environment and animals since a young age. His interest grew over the years through exposure from watching wildlife documentaries as well as gaining experiences by visiting and learning from other wildlife rescue centres within South-east Asia. He also had the chance to be a field assistant to a student from the National University of Singapore with her research work on Banded-leaf Monkeys in Singapore and Malaysia. James was the Director of Operations and also headed the wildlife rescue team during his 5-years with ACRES, a Singapore-based wildlife charity. His love for animals extends to his lifestyle choices too, hence he turned vegetarian and gradually became vegan, running strong for the 10th year! He strongly believes that every individual, no matter of their backgrounds, can do their part through various ways and make a difference for any cause that they are campaigning for.

As a volunteer and crew member with the Sea Shepherd Conservation Society, James manages booths at events, gives talks and organises mangrove clean-ups. He recently returned from an overseas campaign in Taiji, Japan, where he and the Sea Shepherd Conservation Society both share the same mission: to end the destruction of habitats and wildlife through direct action in order to safeguard the biodiversity and balance of the world’s oceans.

James is currently working part-time as a Camp Facilitator in the zoo, which gives him an opportunity to interact with kids, expose them to issues like global warming and the illegal wildlife trade, inspiring the future generation to be involved in conservation efforts. In his free time, James enjoys assisting with coastal surveys and visiting nature reserves with his camera in hope to photograph any rare sightings as a way of pushing the envelope for better protection of our remaining natural habitats. He loves scuba diving and eating too!

FRANCIS started with CAN in 2014 and brings with him three decades of activism, starting in 1984 as a student activist in the struggle for democracy against the Marcos Dictatorship in the Philippines. In the 1990’s, he joined a consumer organization as a policy campaigner and later as Executive Officer. It was an interesting time to be advocating access to basic needs, in the midst of the active discourse on environment and sustainable development spurred partly by the Rio Declaration of the United Nations Conference on Environment and Development (UNCED) and the looming globalization under the auspices of the World Trade Organization (WTO).

He rides his bike as much as possible (around Manila) and paddles with a dragonboat club (in Manila Bay) which reminds him constantly of the urgency of the need to clean the air and the sea. He lives with his family in Manila. Simpson is trained by profession as an educational psychologist. He is a social worker, adjunct lecturer as well as a campaign strategist. He was trained formerly with a renowned international environment campaigning organization. He has been involved in coordinating some round table meetings among local environmental groups and have collaborations with few international campaigners in the recent years. He has vast diversified working experiences across different industries including media, public listed companies, tertiary education institutions and NGOs.