Here’s an overview of some of our work to date. The Divest & Defund Campaign is currently targeting JPMorgan Chase, urging the bank to stop funding tar sands pipelines. You can read about this work here.

In earlier work, we persuaded the University of Wisconsin Credit Union (UWCU) in 2017 to state publicly that:

The campaign continues to push UWCU to go further. Specifically, we’re asking the credit union to help members use their personal investments to support clean energy companies and invest in energy efficiency and renewable energy generation in their homes and businesses.

We have also targeted the banks that underwrite pipeline construction and expansion. In December 2016, more than 100 supporters joined us in a #NoDAPL solidarity action targeting the banks financing the Dakota Access Pipeline. Meeting at Madison’s Army Corps of Engineers office, we first demanded that the Army Corps immediately rescind the eviction notice that was endangering thousands of water protectors at Standing Rock. We then walked to nearby US Bank and Wells Fargo branches to present our demand that they cease financing the pipeline. 350 Madison and the University of Wisconsin–Madison student group Climate Action 350 UW–Madison are working with campus fossil fuel divestment campaigns across the country to change the math of the climate crisis. We are calling on UW–Madison to divest from enterprises that extract, transport, process, or distribute fossil fuels.

The primary purpose of UW–Madison, according to its mission statement, is to:

provide a learning environment in which faculty, staff and students can discover, examine critically, preserve and transmit the knowledge, wisdom and values that will help ensure the survival of this and future generations and improve the quality of life for all.

We find an intolerable contradiction between the university’s mission and its investment, through the UW Foundation, in companies that threaten the future of not only today’s students, but also life on this planet.

Our team has been pushing UW–Madison to divest since 350 Madison’s founding in 2012 (see a summary of past campaign actions below). We will continue working toward this goal with UW student activists in 2019 and beyond.

Fossil fuel divestment is going mainstream. As of April 2019, institutions collectively worth $8.7 trillion have committed to divest, including New York State and New York City, and divestment is increasingly recognized as a sound financial decision as well as a moral one. To date, UW–Madison has refused to divest on the grounds that taking such action would be “political.” In reply to a citizen’s letter urging divestment, the UW Foundation wrote:

[T]he Foundation strongly believes that it should be very cautious in taking any steps that are intended to turn the Foundation’s endowment into a force that positions the University as a political actor rather than an academic and research institution.

Yet UW was one of the first universities to divest from apartheid South Africa when it sold off all of its holdings in companies doing business there in February 1978.

Just under 160 educational institutions have already divested from fossil fuels in full or in part—among them Yale, Johns Hopkins, Boston University, and the University of California in the U.S. and Oxford, Cambridge, and Edinburgh University in the U.K. UW–Madison can no longer afford to hide behind the claim that divestment is out of bounds because it’s “political.”

The time to act is now. Join us! Here are some of the strategies 350 Madison’s Divest & Defund Campaign and our allies have pursued to push UW–Madison to divest: 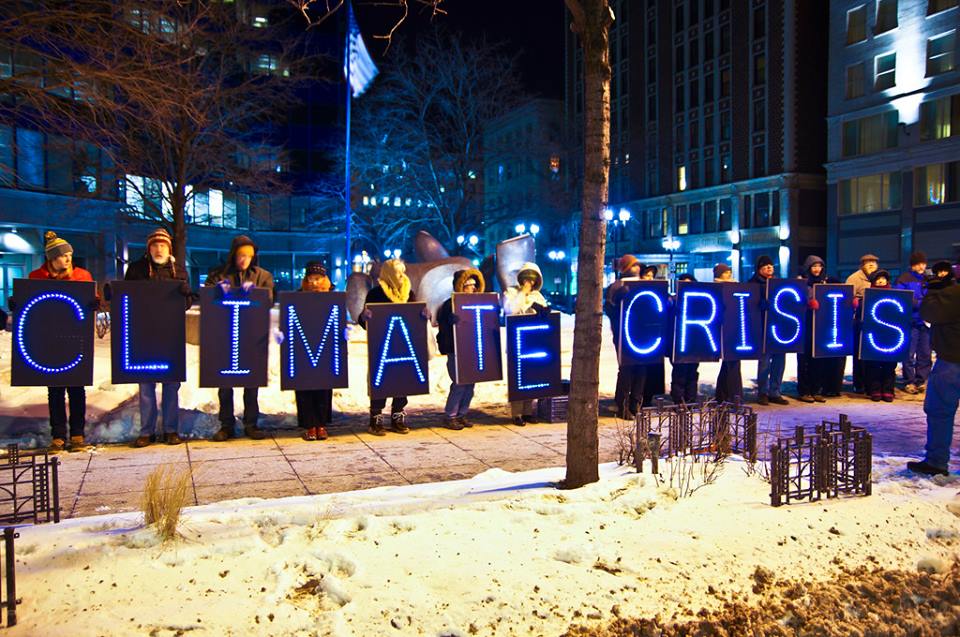 The Dane County Board of Supervisors voted unanimously to pass their divestment resolution on June 6, 2013, becoming the first county in the US (that we know of) to do so. See the 350 Madison press release here and the text of the resolution here. We received nice local media coverage from NBC affiliate WMTV.

In April 2013, Madison’s Mayor Paul Soglin joined nine other mayors around the country in “urging their cities to divest from the top 200 fossil fuel companies because of the industry’s responsibility for the climate crisis.” See their press release here and a news story here. Kudos to Mayor Soglin for placing the City of Madison out front as a leader on divestment! The Madison City Council voted in support of institutional divestment on July 2, 2013. See the 350 Madison press release here and the text of the resolution here.

In July 2014, the City of Monona passed a resolution supporting practices that would reduce the city’s dependence on fossil fuels.

Divestment is a key focus of the Mayors Innovation Project. See the project’s rationale for a city divestment strategy, a list of cities that have divested, and sample divestment resolutions here.

Sign the petition to divest Wisconsin public employee retirement funds, whose target is the State of Wisconsin Investment Board (SWIB), the 30th largest institutional investor in the world with more than $80 billion in assets. If you’d like to move your own personal investments to funds that don’t include fossil fuel companies, check out these resources on how to do it: